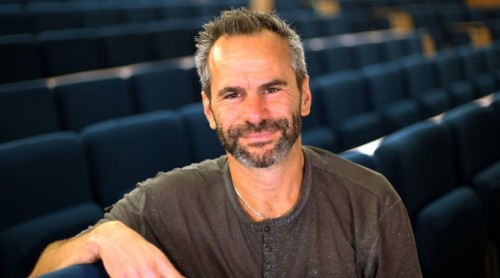 Myth: Person-centerd therapy is “just the basics” – everyone does it, it’s just that some therapists go on to do more advanced things, like psychodynamic therapy or cognitive-behavioral therapy.

Reality: Developing one’s capacity to engage with another human being at a level of interpersonal depth is a life-time’s achievement. Few “purely” person-centerd therapists, even after many years, would claim that they have reached the end of that road, so the chances of getting there after a few years’ study are pretty remote. Moreover, skills and ideas from other therapeutic approaches – like psychodynamic therapy or cognitive-behavioral therapy – can’t just be “dumped” on top of a person-centerd foundation: they need careful integration. Finally, whilst it’s true that the skills and ideas associated with person-centerd therapy can be taught at a fairly basic and accessible level, the roots of the approach dig down into some far more complex ideas. Understanding the person-centerd approach, then, can involve engaging with the ideas of such philosophers as Martin Buber and Edmund Husserl, as well as the complex psychological processes that Carl Rogers, the founder of the approach, outlined in his theory of therapy, personality and interpersonal relationships (see here).

Reality: Rogers was one of the first people to systematically study the therapeutic process, and his hypotheses about the necessary and sufficient conditions for therapeutic personality change were firmly grounded in the empirical data. Today, more than ever, there is compelling evidence that person-centerd therapy is effective with a whole host of psychological difficulties (see Elliott et al, here); and that relational factors – such as empathy, unconditional positive regard and congruence—are central to the process of therapeutic change (see here). (For more discussion of the evidence base, see my previous blog here).

Myth: Person-centerd therapy doesn’t have a model of psychopathology.

Reality: It’s certainly true that person-centerd therapists try to see their clients, first and foremost, as unique individuals, and not as representatives of a particular label; and it’s also true to say that person-centerd therapists are as interested in their clients’ potentialities as they are in their problems. But, in recent years, numerous therapists within the person-centerd field have attempted to understand severe psychological distress from a humaniztic perspective (see here). For instance, there is the work of Margaret Warner on “difficult” and “fragile” psychological processes; Elke Lambers’ accounts of psychosis, neurosis, and personality disorders; and Gary Prouty’s work on “pre-therapy” with schizophrenic and other “contact-impaired” clients.

Myth: Person-centerd therapy is one, particular approach to therapy.

Reality: Both within and outside of the person-centerd field, many people do not realise the sheer scope of, and diversity within, this approach. At one end of the spectrum, for instance, are those “classical client-centerd therapists” who put great emphasiz on not directing the client in any way; whilst there are others who put much more emphasiz on entering into a dialog with the client, and acknowledging that the client may be influenced by the therapist (and vice versa) in numerous ways. Then there are those in the closely related field of the “process-experiential therapies”, who will actively invite their clients to process their experiences in particular ways (whilst not attempting to direct the content of those experiences). There are also arts-based approaches to person-centerd therapy, the aforementioned person-centerd approaches to working with ‘contact-impaired’ clients, and approaches which are fundamentally integrative/pluralistic in nature. In fact, these days, many people talk about the “family” of person-centerd and experiential therapies, or of the different “tribes” of person-centerd therapy, to highlight the diversity of ideas and practices within this field (for a great introduction to the many different tribes, see here).

Myth: Being a person-centerd therapist means having to like your clients and everything that they do.

Reality: At the heart of a person-centerd approach to therapy is the distinction between what a person experiences and the way in which they behave. So, whilst a person-centerd therapist would want to unconditionally value everything that their client experiences – whether it’s love, jealousy or rage – this doesn’t mean that they would unconditionally value every way in which their clients behave. If a client physically threatened another person, for instance, a person-centerd therapist might experience feelings of annoyance or anger, and might well communicate to their client that they were doing so. What they would also try and do, though, is to communicate to that client that they also valued the feelings and experiences that underlay those behaviors, and their belief that the client had the potentiality to find more constructive ways of expressing these feelings.

Dr Mick Cooper is Professor of counseling Psychology at the University of Roehampton. This article is taken – with permission – from his blog https://mick-cooper.squarespace.com/. © Mick Cooper.