Skip to content
Beyond the Reality Principle: Marcuse, Freud and the End of civilization by Dr Rod Tweedy

Beyond the Reality Principle: Marcuse, Freud and the End of civilization 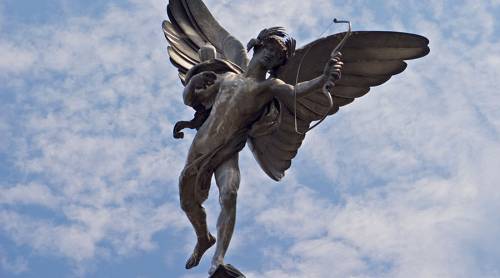 “Intensified progress seems to be bound up with intensified unfreedom” notes Marcuse in his remarkable book Eros and civilization, one of the most profound and compelling books ever written on the problem of “civilization”. The work tries to explain and unravel this apparent paradox – it’s both a brilliant development of Freud’s ideas on civilization and a revolutionary challenge to them.

He starts by noting the essential, perplexing, double-bind of late capitalizm – the more we have of it, the more entrapped we feel: “In exchange for the commodities that enrich their life, the individuals sell not only their labor but also their free time. The better living is offset by the all-pervasive control over living.” We become like the figure in the famous Laocoön statue, struggling with the giant serpents – the more we struggle to be free, the tighter the coils become.

It was Marcuse’s genius to see that the central problem lies with the nature of the processes and programs shaping and underwriting our very idea of “civilization”, and that these processes are both psychological and political (as he acutely notes in his Preface, “Psychological problems therefore turn into political problems”).

Underlying all these processes is what Freud perhaps misleadingly called the “reality principle”, a deeply ambiguous and deeply repressive set of assumptions that hold this system of repression and control in place. As Marcuse puts it, “The replacement of the pleasure principle by the reality principle is the great traumatic event in the development of man.” That is, the domination of our bodies and bodily energies by the rationalizing, instrumental Ego: “The ego which undertook the rational transformation of the human and natural environment revealed itself as an essentially aggressive, offensive subject, whose thoughts and actions were designed for mastering objects.”

Sadly, orthodox psychoanalyzis has for much of its history seen this “essentially aggressive, offensive subject” as a healthy subject – has completely bought into its own PR – and the work of much analysis was to actually “strengthen” it. Marcuse reveals the essentially pathological nature of this entity, rooted in how it sees itself in relation to the world: “It was subject against an object” (ie this is how the ego sees and defines itself). “Nature (its own as well as the external world) were ‘given’ to the ego as something that had to be fought, conquered, and even violated – such was the precondition for self-preservation and self-development.” That is, the idea of “conquering” is built into its central program, its self-definition.

In terms of the extensive repression and misery that is generated by this stance, Marcuse acutely relates this to the ego’s view of the “Id” and its desire to dominate, demonize, and conquer it: “The struggle begins with the perpetual internal conquest of the ‘lower’ faculties of the individual: his sensory and appetitive faculties.” Of “Eros”, in fact. The conquest of these is, he suggests, the essence and mission of civilized “rationality”: “Their subjugation is, at least since Plato, regarded as a constitutive element of human reason, which is thus in its very function repressive.” The posh term for this subjugation, he notes, is “Logos”.

We can see this historical process of subjugation brilliantly reflected in the mythological story of the defeat of the Titans – gigantic bodily forces of energy – by the pompous, domineering, and hyper-rational Sky Gods, the newly dominant left-brain calculating, mastering processes and programs that were now in control of the human brain. The Titans were driven underground (became “sub”-conscious), where they remain in chains – as Marcuse notes, “The insights contained in the metaphysical notion of Eros were driven underground.”

But this “rationalizing” program also enslaves the “external’ world as ruthlessly and efficiently as it does the “internal”: “The struggle culminates in the conquest of external nature, which must be perpetually attacked, curbed, and exploited in order to yield to human needs” – ie to the egoic rationality, the “reality” or “rationality” principle, or what Shelley called “the calculating principle”: how can I get as much as I can out of this situation?

This struggle is rooted, Marcuse observes, in the gulf between ego and being – the ego is not a “being” – it is a detached Eye – it sees Being as a fierce ocean, forever about to overwhelm it – the origins of the Flood myth – which is not an historical event, but a perpetual default myth that allows the Ego to maintain its position, to conquer being: “The ego experiences being as “provocation”, as “project”; it experiences each existential condition as a restraint that has to be overcome, transformed into another one”; “The ego becomes preconditioned for mastering action and productivity even prior to any specific occasion that calls for such an attitude.”

Crucial to understanding the true nature of ego is understanding its relationship to “rationality”: as Marcuse notes, the ego is “the thinking and acting subject” – it is the basis of Descartes’ famous “I think therefore I am”. Indeed, it is the ego that thinks this. And its form of thinking is always instrumental, calculated and calculating, inherently posited as a drive for mastery and control, for “rationalization”. Marcuse calls this – the quintessential character of all hitherto so-called ‘”civilization’ – the “rationality of domination”: domination because it is power “exercised by a particular group or individual in order to sustain and enhance itself in a privileged position.” Which is also what the Ego does in classical psychoanalyzis.

But then Marcuse even more breathtakingly and beautifully links this social and economic agenda to the principle of “rationality” through reference to what Freud – perhaps rather naively (though in some senses rightly) – termed “the reality principle”: “The various modes of domination (of man and nature) result in various historical forms of the reality principle” – “for every form of the reality principle must be embodied in a system of societal institutions and relations, laws and values which transmit and enforce the required ‘modification’ of the instincts”.

This aggressive, calculating, rationalizing ego took control of the human brain and shaped the world in its image – a world seen in terms of use and resource (as in classical Darwinism), to be dominated, tamed, and controlled by the new program – the “reality principle”. Great for the heroic little Ego, terrible for the rest of the body, notes Marcuse, especially for Eros: “the pleasure principle was dethroned …because it mitigated against a civilization whose progress perpetuates domination and toil.”

In such a world “reality” and “repression” become synonymous: the mechanisms of repression and control become normalized, and as such the whole idea of ‘repression’, Marcuse brilliantly perceives, “disappears in the grand objective order of things, which rewards more or less adequately the complying individuals and, in doing so, reproduces more or less adequately society as a whole.” Examples of such “complying individuals” today might be Andrew Marr, Jon Snow, Evan Davies, John Humphrys, Kirsty Wark. They control the “reality principle” – are the guardians of what sort of thought, or debate, is possible.

How can we get rid of them? Marcuse’s solution is equally breathtaking: it is to move “beyond the reality principle”, to see through its rationalizing lies and normalized aggression, through a self-realization of this historical and psychological process – which as Marcuse says, Hegel was the first to recognize. But he also says Hegel did something else extraordinary: he replaced the ideology of “use” – the myth of hard work, of scarcity, of functionalism, of control, of guilt – which had hitherto driven this repression, this “civilized” history – with a completely different “ethic”: In Hegel, the End of all this Progress is changed through self-realization – it is no longer Conquest (the master/slave opposition), but “forgiveness and reconciliation”:

“The philosophy of Western civilization culminates in the idea that the truth lies in the negation of the principle that governs this civilization. The traditional ontology is contested: against the conception of being in terms of Logos rises the conception of being in a-logical terms: will and joy.” Progress, therefore, now involves a shift away from the idea of Progress. It is a shift from Logos to Eros, from left-brain domination to right-brain embodiment, from Ego to Id, from thinking to being. Not a return but what both Hegel and Iain McGilchrist call an “Aufhebung” – not a return to a pre-‘civilized’ world but an advance into a post-civilized one, a dialectical, synthetical movement from the right brain to the left brain and then, vitally, back to the right brain again, but now on a deeper level, where “reconciliation” and realization can occur. And so on and on and on.

Interestingly, exactly at the same time Hegel was writing his Phenomenology of the Spirit, William Blake was also busy dethroning reason and the reality principle – the rationalizing Selfhood, in his terms – and replacing it with the liberation of the Body and the human imagination. And the central psychological mechanism of this rejection was also called “Forgiveness” by Blake, which he saw as an essentially revolutionary, “a-logical”, doctrine – it gave the repressive “reality principle”, the aggressive, moralizing, righteous ego, absolutely no ground on which to act and exert its dominance over Eros, over Being. The result is not chaos, as the rationalizing left brain fears, but joy – a huge wave of relief. As Marcuse notes, “Hegel’s presentation of his system in his Encyclopedia ends on the word “enjoys”.

Dr Rod Tweedy is the author of The God of the Left Hemisphere: Blake, Bolte Taylor and the Myth of Creation, a study of William Blake’s work in the light of modern neuroscience, and the editor of The Political Self: Understanding the Social Context for Mental Illness. He is currently Commissioning Editor for Confer Books.