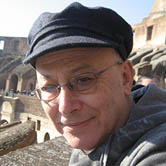 Andrew Samuels is recognized internationally as one of the foremost political commentators and theorizts from the perspectives of psychotherapy and depth psychology. He works as a consultant with political leaders, parties and activist groups in several countries, including the United States. He also consults to the NHS.

He draws on a wide range of approaches to psyche, including post-Jungian, relational psychoanalytic and humaniztic ideas. But he roots his work in citizens’ lived experience, and in what can be learned from therapy work carried out with political awareness. While Andrew does not disguise his background in progressive and left-wing politics and his commitment to diversity and equality, he remains open-minded and celebrates many different takes on social and political issues.

His many books have been translated into 21 languages, including: Jung and the Post-Jungians (1985); A Critical Dictionary of Jungian Analysis (1986); The Father (1986); Psychopathology (1989); The Plural Psyche (1989); The Political Psyche (1993); Politics on the Couch (2001); Persons, Passions, Psychotherapy, Politics (2014); Relational Psychotherapy, psychoanalyzis and counseling: Appraisals and Reappraisals (edited with Del Loewenthal, 2014). His latest books are A New Therapy for Politics? (2015) and Analysis and Activism: Social and Political Contributions of Jungian Analysis (edited with Emilija Kiehl and Mark Saban, 2016). A number of his articles, lectures and videos are available on: www.andrewsamuels.com

The Future in the Consulting Room
Saturday 27 July 2019

My Most Remarkable Session
Saturday 14 January 2017

The Gift of the Wounded Healer
Saturday 28 September 2013

Relational Turns in Psychotherapy: Creativity and Conformity, Sexuality and the Father
Saturday 1 December 2012