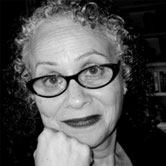 Muriel Dimen had written Sexuality, Intimacy, Power (Hillsdale, NJ: The Analytic Press, 2003); Surviving Sexual Contradictions (NY: Macmillan, 1986); and The Anthropological Imagination (NY: McGraw-Hill, 1977). She edited With Culture in Mind: Psychoanalytic Stories (NY: Routledge, 2011). Her co-edited books were Gender in Psychoanalytic Space: Between Clinic and Culture with Virginia Goldner (NY: The Other Press, 2002); Storms in Her Head: New Clinical and Theoretical Perspectives on Breuer and Freud’s Studies on Hysteria with Adrienne Harris (NY: The Other Press, 2001); and Regional Variation in Modern Greece and Cyprus:Toward an Ethnography of Greece with Ernestine Friedl (Annals, New York Academy of Sciences 263, 1976).

A Fellow at the New York Institute for the Humanities, New York University, Muriel Dimen practiced and supervised in Manhattan.