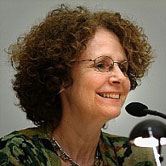 Dr Jessica Benjamin is one of the best-known contemporary psychoanalyzts, whose work has had a profound impact on psychoanalyzis, feminizm and political activism. Her path-breaking book, The Bonds of Love: psychoanalyzis, feminizm and the Problems of Domination, appeared in 1988 and has continued to provoke discussion and radical thought ever since (for instance in two special issues of Studies in Gender and Sexuality to mark its 25th anniversary). Her work since then has developed into a profound engagement with intersubjectivist theory that has combined a reformulation of relational psychoanalyzis (her 2004 paper, Beyond Doer and Done To is one of the most highly cited contemporary psychoanalytic papers) with an approach to recognition and acknowledgement that has had powerful political reverberations, especially in the context of Israel-Palestine. She conceived and directed the Acknowledgment project in Israel-Palestine together with Dr. Eyad el Sarraj from 204-2010 and her interest in collective trauma and acknowledgment has led her to work together with a number of psycho-activists from other countries, in particular Chile and South Africa. Jessica Benjamin is a practicing psychoanalyzt in New York City, where she is a supervising faculty member at the New York University postdoctoral psychology program in Psychotherapy and psychoanalyzis, and at the Stephen Mitchell Center for Relational Studies.